Until we can get things cleared up with the GUIS website, release posts will go here. Until then, prior releases can be found on our nyaa.si page. 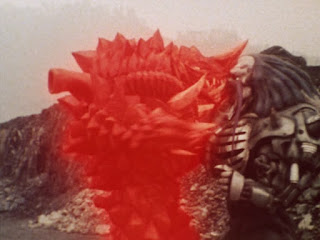 A very kind person has started uploading isos of the Super Sentai V-Cinema and The Movie BD boxes, so here's a brief overview of what's all included, and what it looks like. (This is currently in-progress, so expect updates as I get more discs.)

These two sets contain, collectively, all of the theatrical releases and V-Cinemas (Toei's brand for live-action difect-to-video releases) that did not previously have a Bluray release, as well as all their extras and the Making Of DVDs for the included summer movies.

Actual HD
Ohranger VS Kakuranger
Carranger VS Ohranger (some effect shots upscaled from tape master)
Megaranger VS Carranger
Gingaman VS Megaranger
GoGOV movie
GoGoV VS Gingaman (some effect shots upscaled from tape master)
All summer theatrical movies, and MOST of the trailers. (Boukenger movie's teaser and trailer were upscaled)
Go-Onger Net Movies
Go-Onger VS Gekiranger
Shinkenger VS Go-Onger
Shinkenger Returns + promos
Goseiger Returns + promos
Go-Busters Returns + promos and NCOP/NCED (1080)
All images and video data files have been redone in HD.

Same masters as DVDs, but kept in SD

All content on the two bonus discs.
Posted by FortMax at 10:55 AM No comments:

What the hell is up with the Beetleborgs Metallix toyline?

The Beetleborgs Metallix toyline is weird. Not in that the toys were weird, but in terms of cancelled releases. This is a toyline that was selling well, tied to a TV show that got good ratings, but yet had several toys of stuff that appeared on the show that were marketed but just never got released.

First up are the Metallix Lancer and the Metallix Grappler. These were Gold and Silver's individual weapons, and were part of the B-Fighter Kabuto toyline. (Of course, the girl got left out)

A third cancelled item was the Astral Arsenal, three weapons that could combine with the Data Laser. One of them, the Astral Datadex, contained six elemental Input Cards. Stand-alone versions of five of these cards were included with other items in the line: Chromium Gold BV (Flash), Titanium Silver BV (Storm), Platinum Purple BV (Flame), Deluxe Transforming RoboBorg (Earth), and Deluxe Transforming Boron (Thunder). Water seems to have been left out.

Also, despite the B-Fighter Kabuto having the toy, Bandai America never marketed a Beetle Battle Station. Unlike the prior Beetle Battle Base, this you would have interacted with the full-size BDs, rather than using smaller, simpler toys.


And that's just what didn't come out. The Beetleborgs Metallix line included toys that were made for the B-Fighter Kabuto line that never saw a release in Japan.

There are also things from B-Fighter Kabuto that were clearly meant to have toys, but never came out anywhere.

Two were what would have been the 10th and 11th entries in the Action Fighter Series: B-Crusher Killmantis and B-Crusher Beezack. Bandai America even included their Insect Metals with the Astral Saber; the other six were included with the Astralborg and Mantron figures.

The third was the Geist Axe. Extremely toyetic, but never got a release in Japan, or as the Astral Ax for Beetleborgs.


Since the B-Fighter Kabuto line was a flop, it isn't a surprise that lots of stuff got cancelled. But Beetleborgs? Beetleborgs sold well. VERY well. Well enough that when the series ended (because Kabutack wouldn't fit ans Saban decided to make Mystic Knights instead of a third Beetleborgs season with no Japanese footage to draw from), Bandai kept making Beetleborgs toys for six more months under the name "Beetleborgs Force". And this wasn't just a rebranding of prior toys. This had original designs, retools of prior action feature toys, and retools of the 12" electronic Janperson figure thrown in for good measure. It even had some bikes.

This would have been the perfect place for those three toys to be released if Bandai Japan had anything in progress. But nothing. That toyline is just weird.
Posted by FortMax at 3:39 PM No comments:

Now that we know the details of everything that's coming out, here is the final list of Gaim stuff:


Needed:
Gaim Gaiden Zangetsu and Baron Live Show DVD
Gaim Gaiden 2: Electric Fruitaloo BD (not out yet)
Posted by FortMax at 7:51 AM No comments: 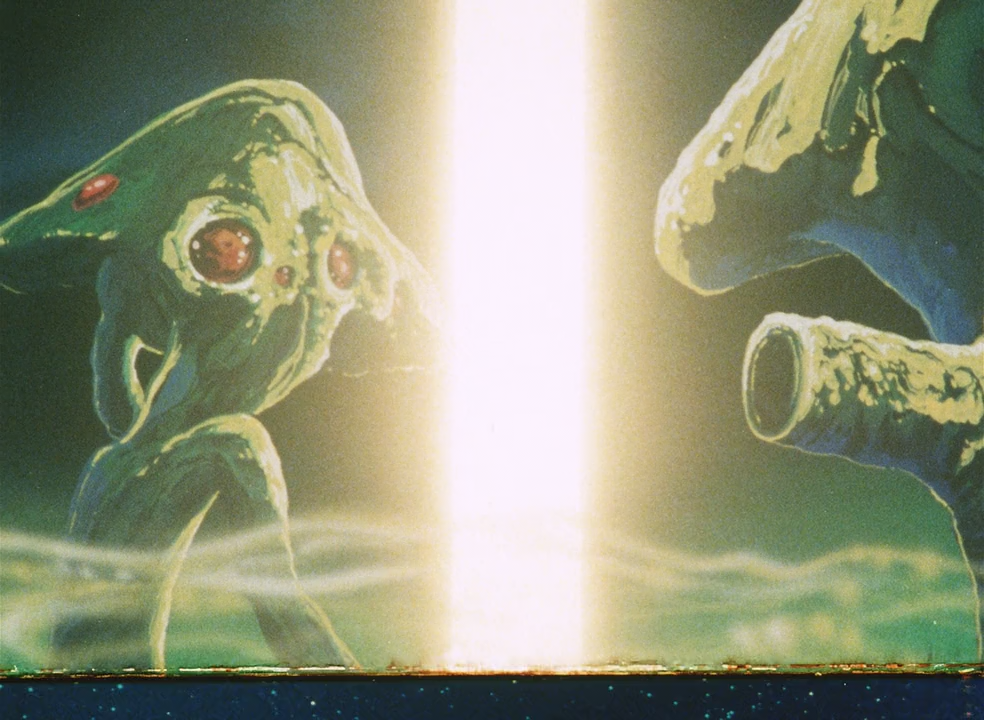 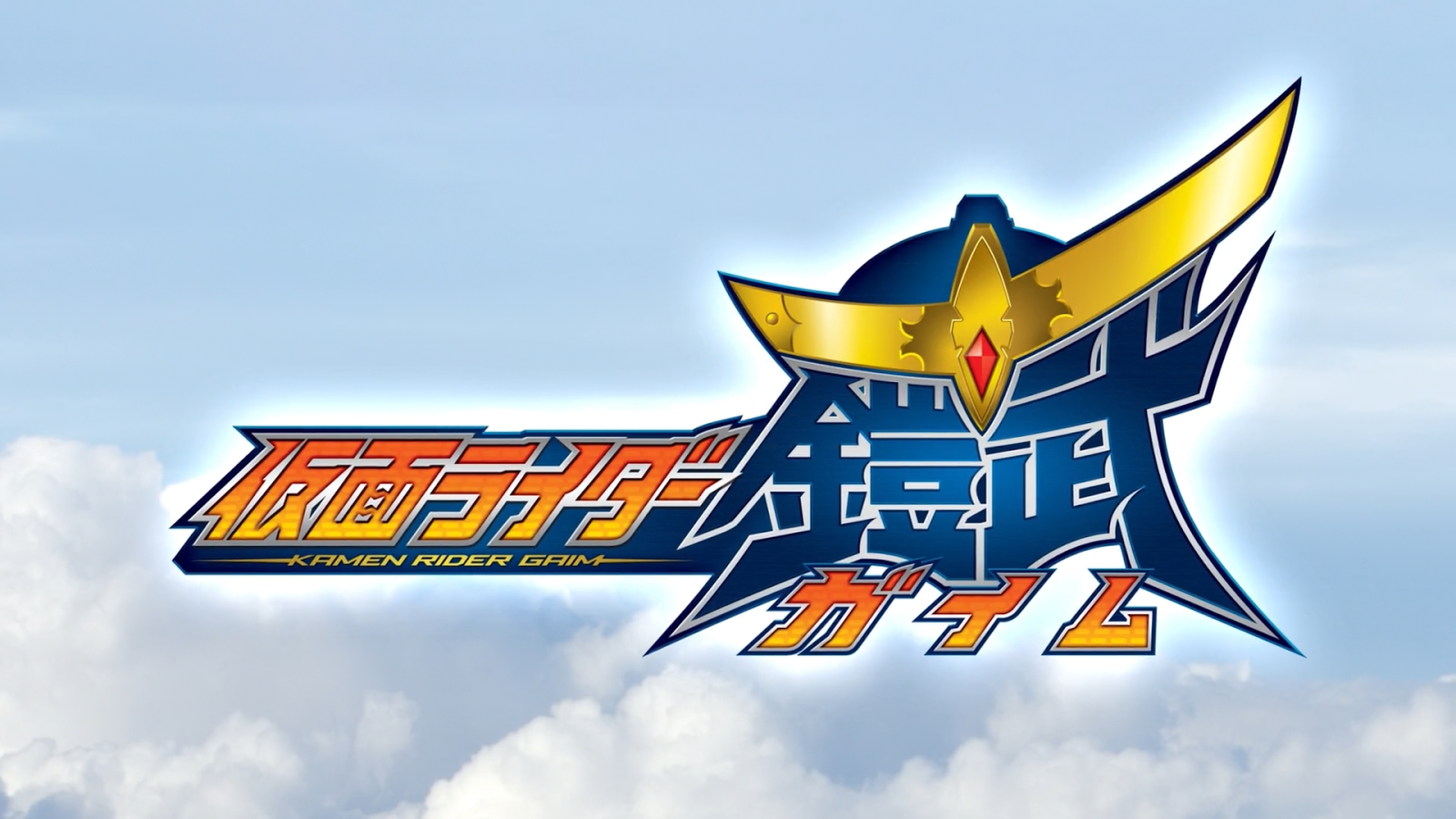 Unlike Shinkenger, Kamen Rider W and Gokaiger, this is being done in 1080p.Those series were effectively 720p quality, so there was no reason to do those in 1080p. Gaim, however, is worth doing in 1080p. (Rider started using new cameras for Wizard, which would also be worth doing in 1080p if it weren't Wizard. Dohohohoho!)

I'll be doing these as the isos become available, so expect a month or so between releases. (And before anyone asks, I have no idea if Aesir has any plans for the Blurays)

And Now A Message About The Power Rangers

As you may be aware if you pay attention to my ramblings on Twitter or on Super Hero Time, Mighty Morphin Power Rangers was shot (mostly) on film and edited on tape, with the final masters on analog tape. (They may have switched to digital SD mastering at some point, but I'm not sure) All Japanese footage (including Zyu1.5, Zyu2, Metalder, Spielban, and Black RX) came from film prints sent from Toei until Gaoranger, which was the first digitally-edited Sentai. Starting with Power Rangers Samurai, the series switched to HD, with Saban using the same camera model that Toei started using with Shinkenger.

Since film for NTSC television is shot at ~24 frames per second (actually 24000/1001 fps), while NTSC itself is ~ 30 interlaced frames per second (30000/1001 fps), you have to get five extra frames for each second to keep the footage at the same speed. This is achieved by using a 2:3 pulldown, which is best explained by Wikipedia. Done properly, this telecine can be undone, giving you the full frames at the original 24fps frametate. This only applies to the raw telecine, and may not be possible when editing includes 30fps effects, bits where the footage is sped up or slowed down, or composite shots where one part of the frame is at a different point in the pattern than the other.

A close look at the Shout Factory DVDs for Power Rangers Zeo through Time Force (I haven't looked at Wild Force or any of the Disney seasons yet) show that the people editing the show did great on a technical level. The telecining itself is perfect (unlike Toei's telecines from the same time, which are a blended mess. For more detail, see AzraelNewtype's Adventures in Encoding post on the Over-Time blog).


Now, Shout's MMPR DVDs are different. Most of the episodes don't have clean telecining, as they are taken from the Saban International masters, and as auch are most likely NTSC>PAL>NTSC conversions. The few episodes that Shout had Saban Entertainment masters, like A Friend In Need Part 1, look as good as Zeo does. However, the Saban Entertainment masters for MMPR have the closed caption bubble and the TV Parental Guideline rating at the start of the opening, which may be why the Saban International masters were used for most episodes. Personally, I feel the better video quality of the Saban Entertainemnt masters more than offsets any annoyance caused by the bubble and ratings box. Unfortunately, Saban didn't think so, or feel it was worth the effort to make a new set of masters that only used the Saban International video for those few seconds of the opening.
Posted by FortMax at 1:37 PM 1 comment: